An old mediation client called me the other day. He wanted to share a breakthrough in communication that he had with his ex-wife.  He said that although they had resolved their divorce in my process years ago, they continued to be reactive with one another and constantly argued, often in front of their children.

As his story goes, she was at his house picking up the kids when they began to argue. Instead of continuing the fight, he picked up a small doll, placed it on the table near them and said: “pretend this is our mediator, Jeff Cohen.  How would we be talking if we were sitting with him in his office?” Immediately, they both began to talk more calmly and they began to fully listen to the other before responding. They even reminded each to refrain from bringing up the past and to stay focused on how to address each other’s current concerns.  They easily resolved their dispute.  Since that episode, they continued to remind each other to remember… dare I say it … the “Jeff Doll”.  By invoking my presence, they have been able to have peaceful and productive conversations.

What happened here and why am I sharing this story?  Certainly, I am honored that my clients thought of me in a way that helped them to achieve peace, but that’s not the lesson. And although the idea of a “Jeff Doll” is a little creepy (I’m not interested in a sequel to the “Chucky” movie franchise), the important lesson here is that my clients created a ritual that would allow them to communicate effectively.

This idea is as old as humanity itself.  Many cultures have rituals that allow all to be heard and – at the same time – allow all to listen. For example, some Native American groups use a “talking stick” to communicate effectively.  At tribal council meetings, the stick is passed from member to member and only the person holding the stick is allowed to speak. This enables all those present to be heard and ensures that those who are more reticent to speak have the ability to express themselves. Meanwhile, those without the stick become active listeners.  When I was in Tanzania, I visited a Maasai tribe, who demonstrated to me a similar ritual.

Even advanced mediation training programs promote the idea of helping conflicted folks create a meaningful ritual to resolve future disputes.  In a training with Erica Ariel Fox, author of “Winning from Within,  A Breakthrough Method for Leading, Living and Lasting Change”,  and lecturer at the Harvard Program on Negotiation, she encouraged us to create our own rituals and she introduced us to the notion of “mediating with the audacity of the shaman.” In my practice, I encourage highly conflicted clients to construct their own communication rituals.

Creating a meaningful structure for the exchange of ideas has extraordinary benefits:

If you are having difficulty communicating with a spouse, ex-spouse, co-worker or business associate, have a little fun.  In a moment of whimsy, break the ice by inviting that person to create a ritual that both of you will adhere to when your communication becomes compromised. The simple act of creating such a ritual can be a bonding experience in and of itself.  And, if you are successful, your enhanced relationship will pay big dividends.

If you have difficulties creating a meaningful ritual, please contact me. I have a doll I can sell you… 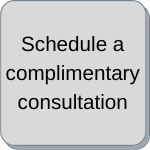